You Have to See these Hilarious Altcoins

There are thousands of altcoins in the market as of now and they must be traded carefully, but only a handful of them are actually worth it. Lets not forget what pain the developers had to endure to make each and every coin! Be it a good coin, or a shit coin…. And also lets not forget the fact that there are so many developers who made fun projects, not for the sake of profit, but to think out of the box and bring a smile to each one of us, and entertain us…..

Lets have a look at some of the most hilarious creations ever!

Website: shitcoin.io
Yes! Shitcoin it is!! There is actually a domain named Shitcoin.io … The creators of the site must be very popular….!
Open the site and you will be greeted with: “SHIT has been dumped. Spread it far and wide!”… Hilarious right? 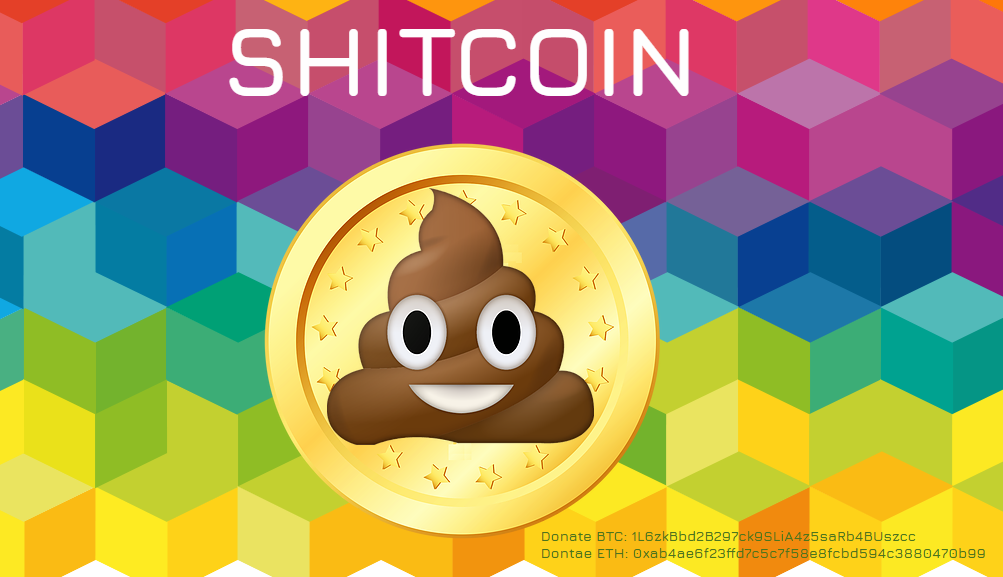 When you invest in an Art, you buy something Physical. But this Bitchcoin actually makes you invest in the Artist instead of Art!!
Like bitcoin, BitchCoin is virtual and “mine-able,” but has just one purpose: to buy Meyohas’ art.
Simply put, one BitchCoin, sold for $100, is worth 25 square inches of any one of Meyohas’ photographic prints.
Sounds funny?
unfortunately I could not find their official website… 😛

A blockchain that is INSaNe in the membrane!
Insane coin (INSN) sounds like a fun project, I dont know what they are up to, but they do have a 4 page white paper, or rather Blue paper, as they call.
They start with something like this: “Velocity is a re-written feature originally known as “pulse” found in Frycoin”
And I honestly dont know what Fry coin is… But it sounds hilarious

Yeah they are insane that’s why they created that coin.

It is the original, rare, yet “popular” cryptocurrency which uses proof of work on the SHA 256 algorithm.They have a team, so they are not a scam coin, but wait…
Scroll through their site, and you will see, in the block rewards section, block reward is set at 1 KG per block… Wait, what? So unobtanium is a physical coin that is mined?? Can I touch it? 😛 lol….

A big scam coin, It got listed on some exchanges, and developers made claims that 1 Uro coin equals almost 1 metric tonne of Urea in terms of value…

Unfortunately I could not find the site….

Just look at the site, and you will love the developers for publishing such darn true facts!

This is “The world’s first 100% honest Ethereum ICO.” This website is full of digs aimed at ICOs. FAQ: “Wait … is this a joke? Is it a scam? Neither! This is real — and it’s 100% transparent. You’re literally giving your money to someone on the internet and getting completely useless tokens in return.” Badass true they are!! Hats off to them! They deserve some money for innovation …. 😛
This is the best and the most honest Ico I have personally found … Ever!!

Conye (west) is an abandoned Scrypt based cryptocurrency. It was abandoned as it was embroiled in an infringement lawsuit for using the likeliness of the american pop singer Kanye West!

Wait what? It actually exists in the market, but will it make crypto great again?? I have doubts 😛
Their goal was to support Donald trump and his vision to make America Great again.
Their site doesn’t even use https, so I highly doubt their authenticity….

Another celebrity inspired coin?? 😛
well putin coin was created to pay tribute to the president of Russia Well, we all know the story that 10,000 bitcoins were used once to purchase 2 pizzas… I sometimes wish I was the delivery guy, and I would have stored bitcoins till now….
The developers had that only in mind while creating this coin. They wanted this coin only to buy pizza!! I couldnt open their site though anymore!

Honestly I couldnt read the language of the website, but they have a very good market cap of $396… 😛 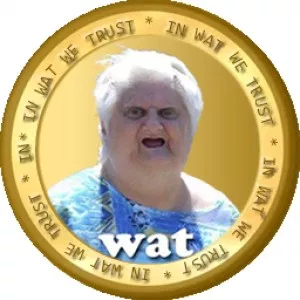 Look at the unassuming Wat Lady, and we can tell that is is one of the meme based altcoins out there in the market, but this one is absolutely weird and funny….!

With a market cap of barely $212, I guess no one wants to confess anything in this world 😛
Oh, and the website was also not opening…

Site: https://www.women-coin.com/
Feminism crept into crypto space as well! This is not a funny coin, this is a serious coin, as they claim crypto market is “Dominated by men only” …. 😛
No comments on this one though!

Spank Coin is a ERC-20 token on the Ethereum blockchain that will give holders producer credits from videos on SpankStream.com.
They will be launching the Webcamming service on Fall 2018!

I tried googling for this coin, but could not find much info on this, but I saw many posts on this Dick coin, and maybe it existed at one point of time 😛 This is another cryptocurrency focused for the adult industry. I wonder what made them create a coin with this name… XD

So this coin isnt mined… It’s pooped! sounds pretty interesting! So can it be also called a Shitcoin? 😀

website: https://www.sexcoin.info/
Can you have sex with this coin? Lol where has the crypto world gone? 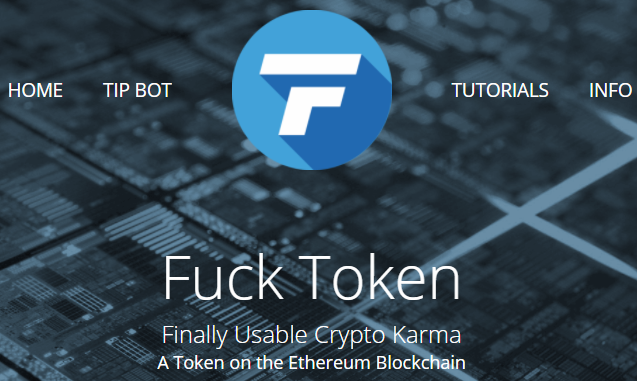 “FUCK Token is a social cryptocurrency that aims to help everyone around the world give a FUCK. Our cryptocurrency allows anyone, anywhere to send and receive money almost instantly with extremely low fees.”
Will anyone give a fuck? 😛

But look at the video….
Please give them a fuck or two and you will also receive some 😀
This will definitely lighten your mood 😛